Nearly 12 months on from when Halton Housing Trust first announced our intention to switch off internal email how are things shaping up?

The first thing that has become clear is that many of us are addicted to using email, regardless of whether it is the right medium.

The response has also reinforced this. The entire concept has been met with a heavy dose of scepticism.  Interestingly some of the most vocal resistance to change has been external rather than internal, despite the evidence rather than emotion supporting the business case for change.

So what has changed?

The big headline message is that the number of internal emails has plummeted by over 40% in just 12 months. This is a staggering 30,000 fewer emails now being sent. The time saved is huge, both in time to type as well as read all these messages.

How has this change been achieved?

An email charter which sets out 10 basic do’s and don’ts for email use.  This was subsequently had two other rules added

Publication of a monthly league table of the top 10 email senders and recipients. Noone wants to be on this!  It has also led to a couple of ‘interesting discussions’ with individuals who you would not expect to be on there when considering their role.

An in depth survey with a cross section of colleagues on how and why they use email.

A clear shift in culture and leaders ‘typing the talk’ on email usage.  This includes my use of the following out of office message, as well as having the self-discipline to follow the words with actions:

Hi and thanks for your email.

As part of our approach to working efficiently and as a non urgent form of communication I am only checking emails early morning, lunchtime and at the end of each day.

Please be assured that I will respond to your email at these times.  However there may be a delay in responding.

But it’s hard to resist dipping in. Why not try it for a a few days?

So what have found out in the last year?

Within the Trust our colleagues have told us:

What are the behavioural findings that need to be tackled?

Well these are a selection of what our research revealed

Where are we up to?

We are now looking at a range of collaborative working and communication options. These include using the new functionality in our existing SharePoint software as well as linking this with other software such as Yammer and Slack.

We’re also identifying the requirements and what tools are needed for going forward and reviewing these against systems we already have.  Rather than adopting a broad brush approach we are looking at all of this against the specific requirements for each individual role, tailoring the tools to what people actually need.

By early 2014 we will have agreed our preferred options against the requirements we have.  We will then be rolling out our new approach from April 2014 as part of a pilot.  The pilot will be assessed in late June 2014 with a complete rollout of the solutions including the requirements for mobile working  by October 2014.

This will enable us to then look at a switch off of internal email by the end of the year.  The only exceptions to this may be calendar invites and system generated notifications.

What have we learnt?

Hardly a shock but the biggest challenge is changing an engrained culture that has become embedded from 20+ years of people relying upon email in the workplace. Don’t underestimate the addiction we all have to email – breaking the habit and going cold turkey is much harder than you may at first imagine.  But the evidence of the over reliance upon email including how and why email is used and the benefits realised from changing its use are worth the pain.

There are some further thoughts on this as well as some challenges on going paperless on one of my latest Prezi’s: http://prezi.com/fpxoxsfcd4ay/?utm_campaign=share&utm_medium=copy

How many times have you struggled to explain to friends and family about what you do: working in housing?  Even worse, how often do you have to dispel some of the inaccurate myths pedalled via the mainstream media about our customers? And will the issues affecting our customers’ everyday lives be ever given balanced coverage?

We have to do something. Social housing accounts for one in six of all UK homes. Despite this, many of the fab things our front line teams do each and every day go mostly unnoticed. Most housing people will tell you that we haven’t been great at highlighting the impact our work has had upon people’s lives.

I always imagine people’s opinions are based upon photographs in their minds, usually of the last experience they have seen or heard. What #HousingDay offers is a real opportunity to update that photo and image for many people outside looking in.

This is why for me the #HousingDay concept is a ‘must do.’ We need to change the perceptions that exist.  It provides the opportunity to open the door to the fantastic work our people do and the big issues affecting our customers’ lives. And why working in #ukhousing is such a great career choice.

With just 549 days to the next General Election we need to chip away and build upon previous campaigns to make the case for housing. We can have a huge impact upon the health, wealth and wellbeing of the country.

#HousingDay on 13th November will offer a snapshot of the difference housing makes, through the shop window to the world social media now provides. We can learn and build upon the success of other similar days, the Local Government Association’s annual #Ourday tweetathon being the most noteworthy.

So come on #ukhousing rather than sitting back and telling everyone how no one understands us, let’s show the world what an impact we make each and every day.

Want to know more about how this came about or share what you’re doing? Then Adrian Capon at Yorkshire Housing is your person! http://yhcomms.wordpress.com/ 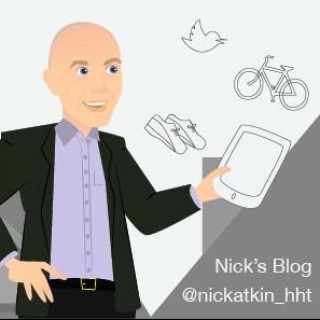